A trailblazer of SDG dialogue, making it right for the next generation During Tunisia’s Revolution in 2010-2011,  Aya Chebbi rose to prominence as a voice for democracy, and shot to global fame as a political blogger. Years later, she served as the first-ever African Union Special Envoy on Youth and the youngest diplomat at the African Union Commission Chairperson’s Cabinet (2018 – 2021).

Over the span of the past decade, she has single handedly transformed the youth participation space across Africa and created various online and offline platforms with a holistic focus on youth and women leadership impacting over 1 million young people.

Other initiatives she has led: the award-winning blog Proudly Tunisian; the popular Mentorship Programme Y-PHEM; the Afrika Youth Movement, one of Africa’s largest pan-African youth-led movements; Afresist, a think tank training the next generation of Pan-African peacebuilders; the Youth Silencing the Guns Campaign which has become African Union’s largest youth campaign and main platform on Youth, Peace and Security agenda.

Aya’s extensive experience made her an influential leading voice known for changing the narrative about Africa and the commitment to peacebuilding, gender equality and Africa’s integration. She has played a fundamental role in finding alternative possibilities for youth leadership and women empowerment and has organized thousands of young people in non-violent mobilizations and Pan-African activism. Aya has also curated the internationally acclaimed concept of Intergenerational Co-leadership and engaged millions of young people during COVID-19 pandemic.

Aya Chebbi has been nominated as one of the finalists of the 2022 UN SDG Action Awards, Changemaker category, for being an outstanding individual who is demonstrating that the power is in people’s hands to inspire and enact change. She is advocating in particular for Goals 5 (Gender Equality), 10 (Reduced Inequalities), 16 (Peace, Justice and Strong Institutions). 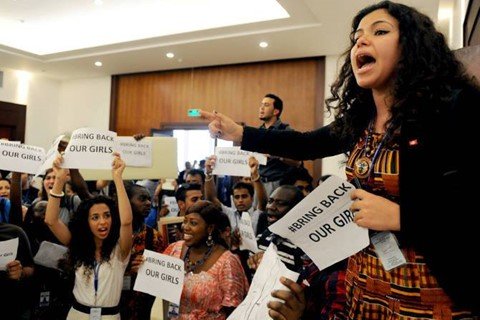 We are rewriting our history and making it right for the next generation.