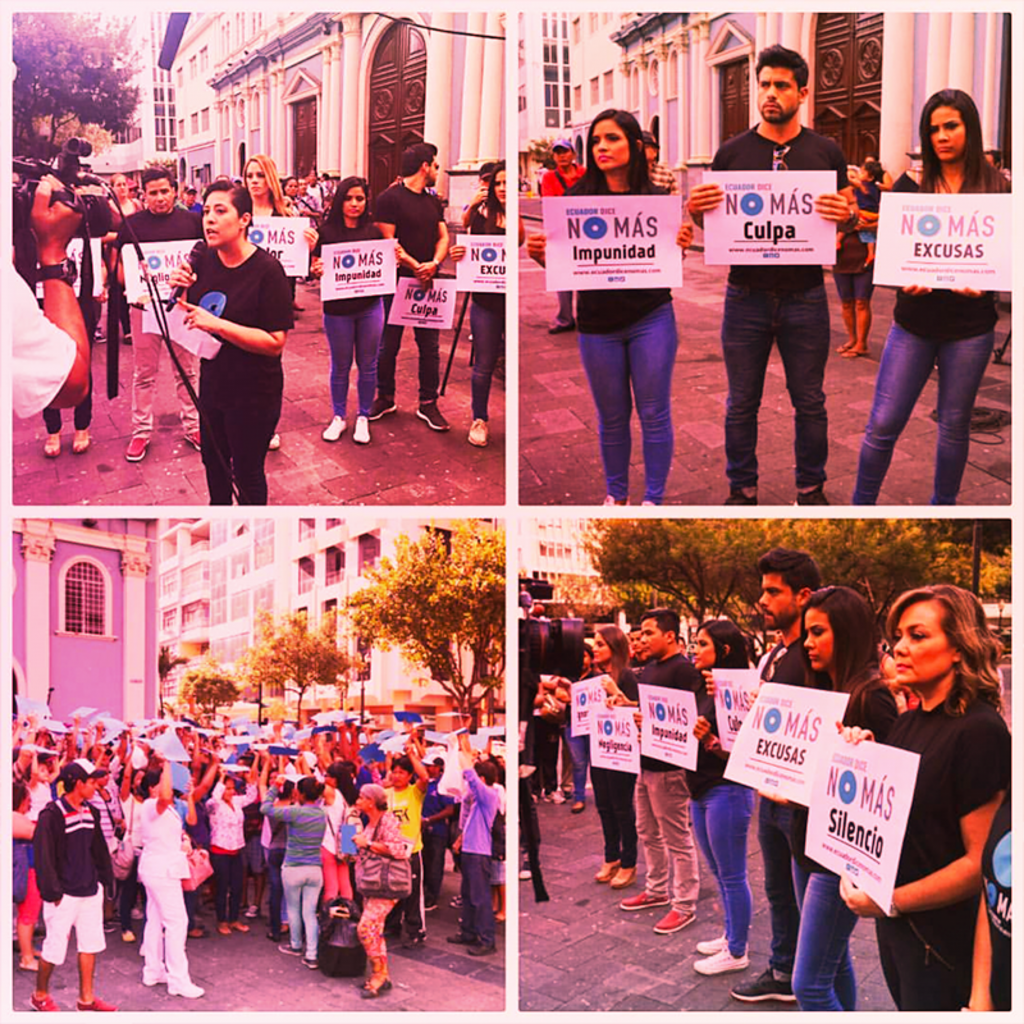 Not many people talked about domestic violence and sexual abuse in Ecuador until, in 2016, two survivors, Paola Andrade Arellano and Ricardo Vélez, launched the Ecuador Dice No Más campaign (Ecuador Says No More) by raising their voices for the first time in the media. They recruited ambassadors, disseminated outreach materials, organized training sessions, support groups, and marches to change the story of many sexual abuse survivors.

The campaign reached 11 million Ecuadorians and has inspired hundreds of thousands of survivors to speak up, putting the issue in the public arena and generating a domino effect that uncovered thousands of cases of sexual abuse that were hidden in impunity. These actions have generated so much social pressure that national authorities recognized the importance of tackling sexual abuse by making statistics more accessible and initiating programs to improve the response to victims.

Working for abuse prevention and against violence, the initiative has supported and empowered children and adults in Ecuador through free education programs and iconic materials such as the Super Rules, Super Parents and Super Teachers series, which reached 4.6 million children from 16,000 public schools and provided tools to 150,000 teachers. Playful methodology also leverages tools, audiovisual tutorials, and games to represent real scenarios and teach primary prevention techniques, including to protect children with disabilities.

During the COVID-19 crisis, they have delivered humanitarian aid boxes with information, education and communications materials to prevent child abuse and launched the “Safe at Home” and “Safe Online” campaigns throughout Latin America, which have been broadcast on channels and state programs from Colombia, Chile and Mexico, highlighting the digital and audiovisual story “The Day I Learned to Say No”. They have also conducted free webinars with thousands of participants to build safe environments for children and facilitate victims’ access to justice.

The initiative is supported by the NO MORE Foundation, and has partnered with key local governments like Guayaquil municipality, international organizations like UNICEF, and other organizations to make prevention tools available in Latin American countries, the United States, Canada, Australia, England and New Zealand.

The Ecuador Dice No Más is one of the finalists of the 2022 UN SDG Action Awards, Mobilize category, for its capacity of mobilizing millions of individuals in taking action for the SDGs – in this case, particularly on Goals 4 (Quality Education) and 16 (Peace, Justice and Strong Institutions). Its founders’ goal is to  end all forms of violence against children.

The initiative encourages victims to become SUPVivors [as in super-survivors] who realize their potential as agents of change, working together with one purpose: Zero victims.